A Message from the Director

As populations in urban and rural coastal areas increase dramatically with no signs of abating, and while counties directly on shorelines constitute only 10% of the total land in the United States, it has been estimated that by this year, 2020, 46% of the U.S. population is expected to be living in coastal areas.

This trend has set up various scenarios marked by collision with coastal hazards, as exemplified by a long series of destructive Atlantic and Gulf Coast storms, including Hurricanes Harvey, Irma, and Maria in 2017; Superstorm Sandy in 2012; and Hurricanes Katrina (2005), Andrew (1992), and Alicia (1983). 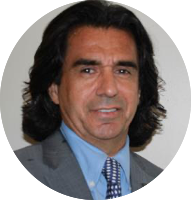 The economic prosperity of the United States is closely related to the health of the nation’s infrastructure, which includes transportation, communication, sewage, water, and electric systems.