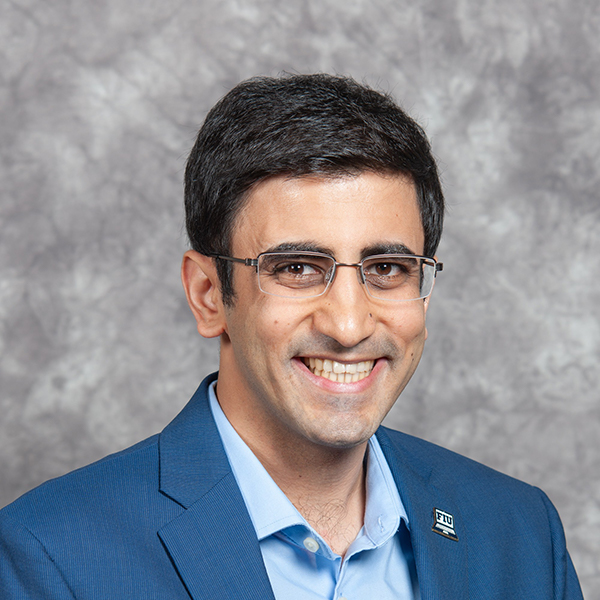 Other Titles: Assistant Professor, School of Computing and Information Sciences

Dr. M. Hadi Amini is an Assistant Professor at School of Computing and Information Sciences, Florida International University. He received his Ph.D. in Electrical and Computer Engineering from Carnegie Mellon University in 2019, where he received his M.Sc. degree in 2015. He also holds a doctoral degree in Computer Science and Technology. Prior to that, he received M.Sc. degree from Tarbiat Modares University in 2013, and the B.Sc. degree from Sharif University of Technology in 2011. His research interests include distributed optimization and learning algorithms, distributed computing and intelligence, sensor networks, interdependent networks, and cyberphysical resilience. Application domains include energy systems, transportation electrification, and healthcare.

Dr. Amini is a life member of IEEE-Eta Kappa Nu (IEEE-HKN), the honor society of IEEE. He served as President of Carnegie Mellon University Energy Science and Innovation Club; as technical program committee of several IEEE and ACM conferences; and as the lead editor for a book series on ‘‘Sustainable Interdependent Networks’’ since 2017. He has published more than 80 refereed journal and conference papers, and book chapters. Further, he co-authored two books and served as lead-editor of four  books. He is the recipient of the best reviewer award from four IEEE Transactions, the best journal paper award in “Journal of Modern Power Systems and Clean Energy”, and the dean’s honorary award from the President of Sharif University of Technology.